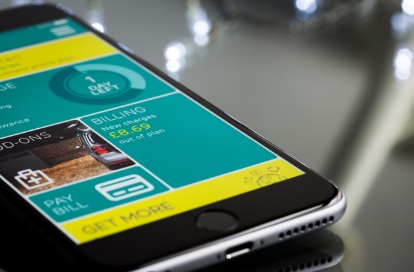 We will review what is adsense on how to use it to make your website succesful.

What is Google adsense?

If you look at the Internet a few years back, you’ll see that advertising was done in a way that was very similar to other types of media like television, or actually, more like what you see in a newspaper.

You’d enter a site, and in some location you’d get to see a banner (often these were quite numerous and very large), which would present and ad for whatever company was paying for adds on your space.

But there was one problem with this kind of advertising. It really wasn’t exploiting the fact that the adds weren’t in some newspaper, but were instead presented over the Internet.

You’ve probably noticed a lot of things like this over the pages you’ve browsed. You’re looking at an on-line shop, looking for a watch but you get a banner that advertises a car.

While you might, at some later point want to buy a car, right now you’re looking for a watch and it would have surely been nice if the banner were advertising a watch, because then you would have probably clicked it.

Well that’s also what the folks at Google thought of, so they came up with a killer idea. This is knows as Google AdSense, and it’s known as a targeted advertising program

What you do (as a web designer / website owner) is, instead of jumping through hoops to get some banner on your site that your visitors won’t even care about, is you just allocate some region of the screen.

You then sign up for the Google AdSense program, you insert a small snippet of code in your webpage and Google ensures that in the location you specify, a banner will appear, presenting adds relevant to the contents of your site.

It’s very easy for Google to do this because Google is a search engine company. It looks for the key words in your page, searches a database of websites to find the ones related to whatever is on your page and presto: a targeted ad.

You (the webmaster) get a fee for each visitor that clicks on an adsense banner on your site. Now that’s bound to happen more often then with a traditional banner because people are actually interested in what’s in that banner (otherwise, they wouldn’t be on your page would they?).

But, this also does wonders for the people who want to advertise. And it’s because of the same reason. The greatest thing about Google AdSense is that all the content in a banner is relevant.

This relevancy is the key to the programs success, and also the reason why everyone remains happy. The advertiser has a relevantly placed advert, the publisher earns money from their content and Google take their cut.

Of course, as always, Google has set some high standards for its AdSense program, in terms of looks and functionality. You can’t have more than two such banners on your website and Google only inserts text in these banners.

So an extra benefit is that AdSense advertising is a lot less obtrusive then regular advertising. But this also means you should position the banner better because it’s possible that visitors might miss it altogether.

So in the end, Google AdSense is an advertising program that is unique because the ads are relevant to the content on the site. Anyone that wants to advertise pays Google for it. Anyone who wants to place ads on their site does this through AdSense, getting paid by Google in the process.

All transactions are run through Google, and the advertisers and publishers get access to statistics which help them to understand and moderate the effectiveness of their campaign.

The whole process is elegant, simple and effective from anyone in the chain, from site visitors to advertisers, and it’s one of the reasons Google are known for their innovation and new thinking.

You have that site on-line for quite a while, its generating a good number of hits every day and you’re thinking whether or not to use AdSense advertising on it to make it generate some form of income.

Well this is a description of the pros and cons of this approach to Internet advertising. AdSense has definitely hit the Internet like something from another planet and people are very excited about it everywhere. There are negative aspects to Adsense and alternatives to consider.

AdSense is generally a great tool for webmasters. Whereas, they would use to worry about how to raise enough money to keep their sites profitable, or at least keep them on-line those worries are gone.

AdSense allows webmasters to forget about those worries and concentrate on creating good content for their sites. In fact, the emphasis is now on creating quality content (often associated with the top-paying words) which will bring you many visitors.

AdSense can also very well integrated with your website, it’s easily customizable in terms of colors, size and position which means you can experiment with it in any way you like to maximize your income.

AdSense is a very good means of generating a constant revenue on your site. All you need to do is create some quality content and keep it updated constantly and you can literally live off your website. A lot of people are doing just that nowadays with AdSense, so it’s become sort of a business in itself.

It’s also a great program because you can have the same account advertising on all your pages. This is great for webmasters wit a lot of content because it means they don’t have to create many accounts unnecessarily.

But as stated, above, there are some negative aspects to advertising with AdSense and here’s a small list of such cons.

Clearly the largest negative impact the AdSense program can have on you is through Google closing your accounts. Most of the time this happens because of so called ‘click fraud’, which means somebody would be producing artificial clicks on your page.

There’s one really nasty side to that. It doesn’t have to be you making those artificial clicks. It could very well be your competition doing this in order to shut you down, or the competitor of whoever is advertising on your page, looking to drive their marketing costs up.

The earning AdSense brings you are by no means constant. In fact, they’re not even close to that. Anything you do to your site could end up being a big mistake costing you a great deal of money. It’s that kind of pressure that has a negative impact on you.

First of all, you constantly need to make sure your site is in the spotlight of search engines when people are searching for whatever it is your site is about.

If you fail to do that you won’t have any visitors, and that of course means you won’t have any AdSense revenue. In a way this is nothing new, as any form of generating revenue on the Internet with advertising has such a drawback.

And finally, another major problem is that you constantly have to feed your site with better and better content. Now, of course, certain sites are very well geared towards doing this but with some types of content this is rather hard to achieve. This is often why the services of a copywriter are employed to generate more and more content.

When writing original content, the best thing a website owner can do is research a topic thoroughly and then return to writing with lots of information they can out in their own words, and show their own opinion on.

So there are the pros and cons of using the AdSense network for generating profits through advertising. Now the choice of whether or not these work for you is yours.

Mega Services is one of the fastest growing Internet marketing agencies with full services in the country and operating worldwide. We specialize in providing internet marketing solutions for medium and large companies around the world.